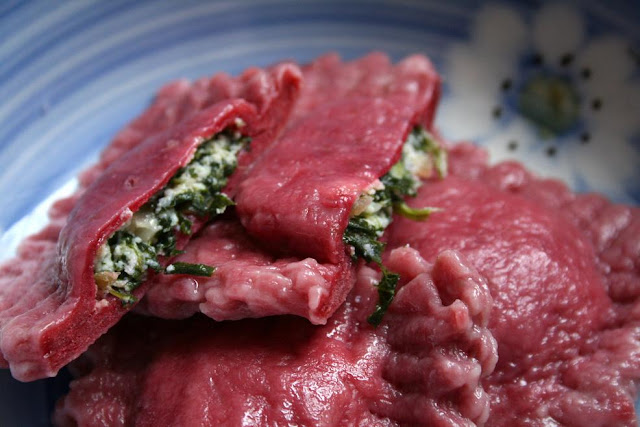 These were not easy and quick to make BUT really worth it! I made the beet pasta let, it rest and thought to myself.....beet filling? Too much. SO i went with my favourite spinach & ricotta filling i always use at home so that it has some great flavour and beautiful colour contrast! 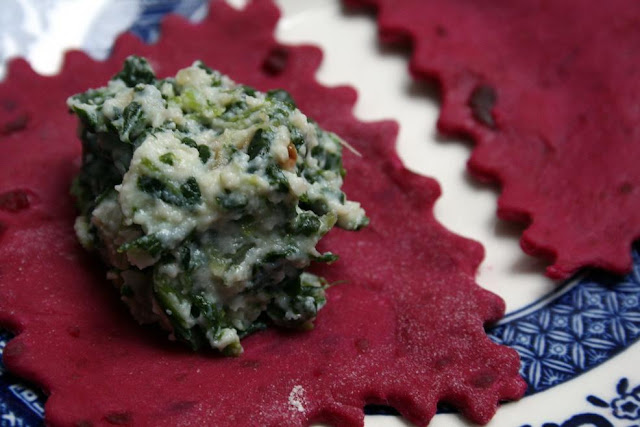 Make the filling first so that it has time to cool before using in your pasta dough:-

Heat the oil over a gentle heat and add the onions, cook until translucent. Add the garlic, and spinach and cook until incorporated, just a few minutes. Add the chicken stock and season to taste with a little salt & pepper. Put aside in a bowl to cool while you make your pasta dough! 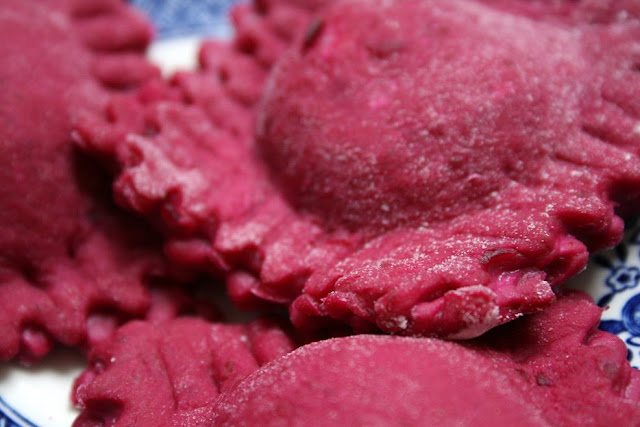 Place the flour in a bowl and make a well in the centre. Add the puree and egg, gently mix in until well combined. Knead the dough for at least 5 minutes until it is smooth and even in texture. Wrap the dough in plastic and let it rest in the fridge for 30 minutes.

Once the time has passed, divide the dough in half and roll it out as thin as possible. Mine was about 1/8" inch thick, which gave me a thick result BUT it was tasty! Cut into desired shapes or squares, place a small ball of filling in the centre, wet the edges lightly with water and top with another piece of dough. Press the edges together with a fork if you would like  a pattern or just press down gently to seal with your fingers.

To cook the ravioli, boil a pot of water, season with salt and toss a few ravioli's in for around 5 minutes, they will float when ready to eat! We were a little bit naughty and tossed ours in a little butter before eating......and WOW what an awesome flavour combination! The beet flavour isn't very pronounced at all, could be because my filling is so tasty! But for colour and presentation....... just amazing!

As a side note, i layered the left-over ravioli on parchment paper in a large ziploc bag to freeze for another time. They freeze well and you can pop them straight in the boiling water from the freezer to cook and serve!

I made 30 little raviolis with this recipe and had a little filling left over which we added to some pasta with chicken for the next nights dinner! 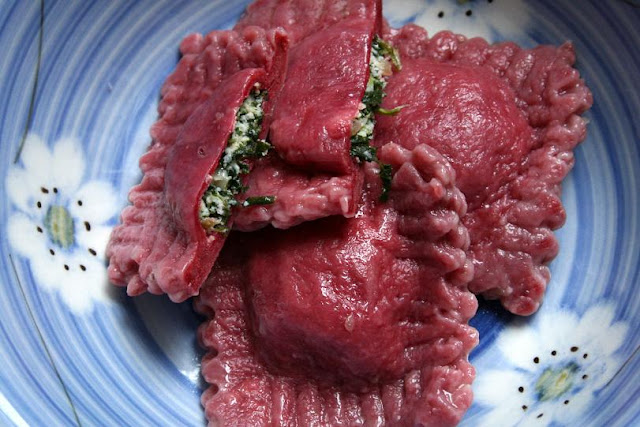 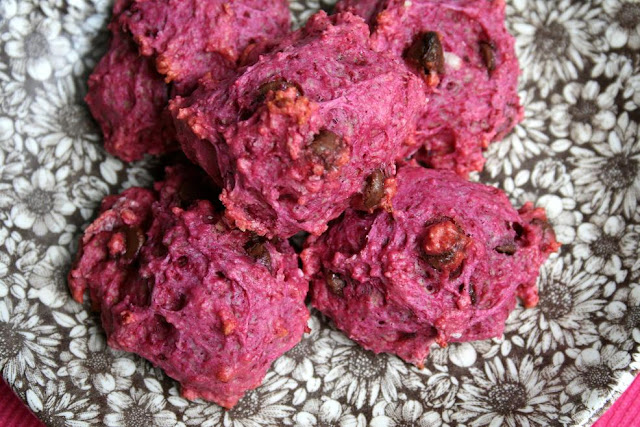 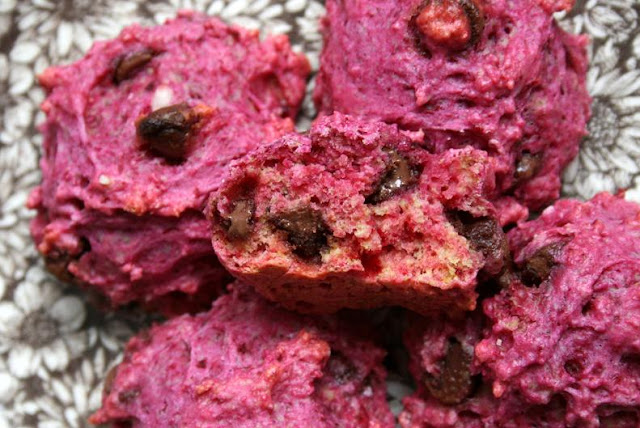 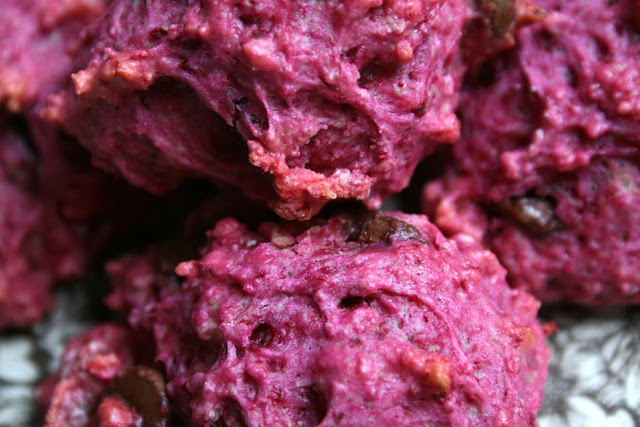 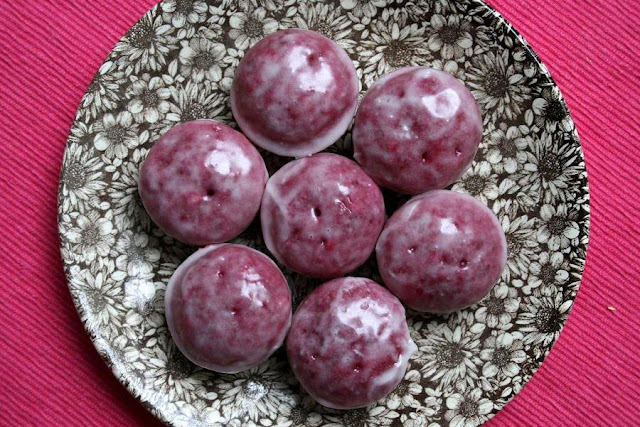 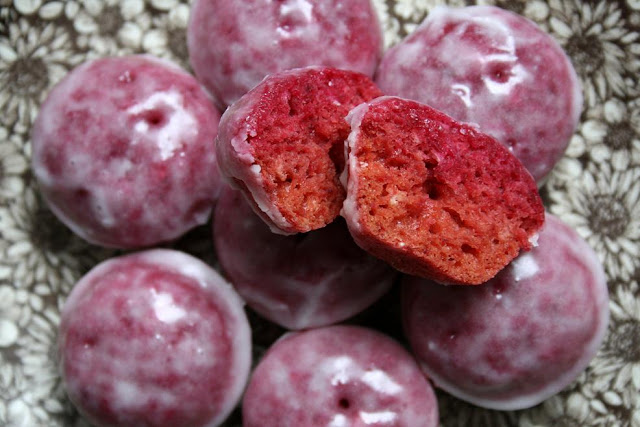 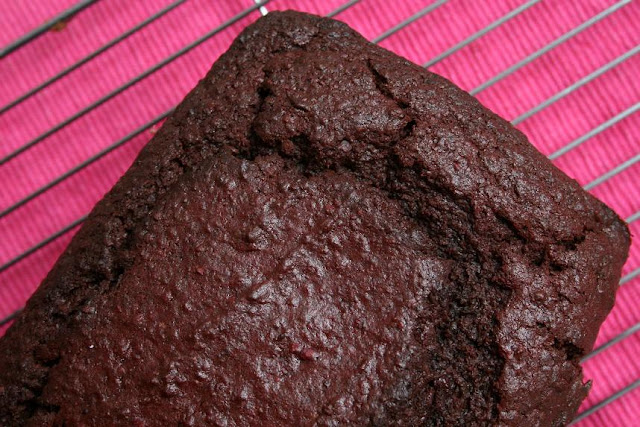 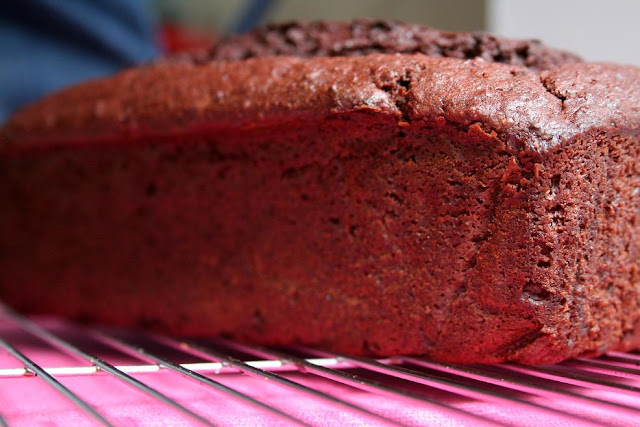 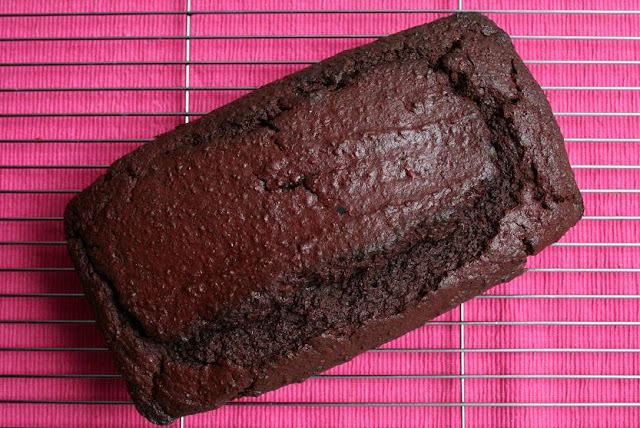 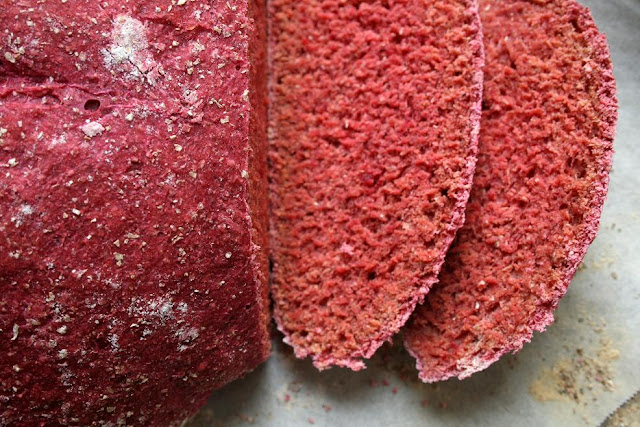 I've made a few different loaves of homemade bread over the years and really enjoyed the end results. Fresh is best and if you have the time and like the effort (i find bread making VERY therapeutic when you get to the kneading part!) Some people use bread-makers, i'm not sure about those, never used one, don't have room for one and personally couldn't afford one anyways! We don't even have a microwave in our home THAT'S how much i cook from scratch every day! My husband thinks i'm odd......  Anywho, back to this beet bread. Absolutely amazingly delicious! Love it! I would definately make this again! I was thinking i could change the vegetable puree used, maybe even mixed vegetable puree......hmmm! Original recipe found @ Taste for Adventure! 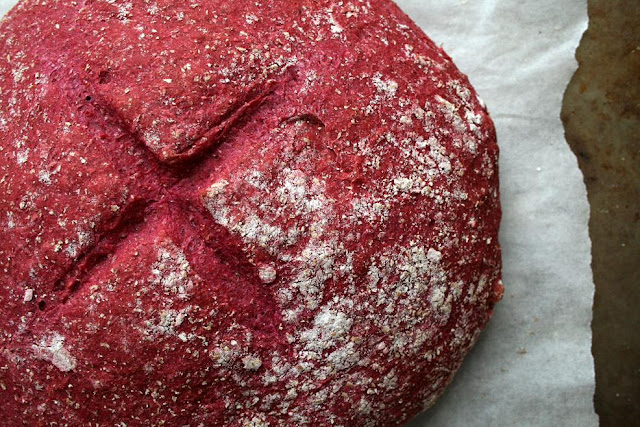 1. In a small bowl, combine yeast, sugar and water. Let rest 5 minutes
2. In the bowl of a stand mixer fixed with the paddle attachment, combine flour and salt. Add in yeast mixture, beet puree and olive oil. Mix until just combined. OR if you are like me, mix in a bowl by hand!
3. Knead, by hand or in a stand mixer fixed with the dough hook, about 10 minutes or until dough is smooth and elastic. Place dough in a lightly greased bowl, cover and let rise until doubled, about 1 to 1 1/2 hours.
4. Remove risen dough from bowl and shape into a round ball. Place dough on a baking stone or parchment paper-lined baking sheet and cover loosely with a lightly greased piece of plastic wrap. Let rise until doubled, about 45 minutes to 1 hour.
5. Preheat oven to 375 degrees F Before baking the bread, sprinkle the top with a little flour and make an X shape on the top with a serrated knife.
6. Place the bread in the oven and pour 1 cup hot water into a pan and place under the loaf, closing the oven door immediately. Bake 30 to 35 minutes.
7. Allow bread to cool completely on a cooling rack before slicing or serving.

This bread is AMAZING! It turned out perfectly! I can't stop munching on it. Makes perfect toast! 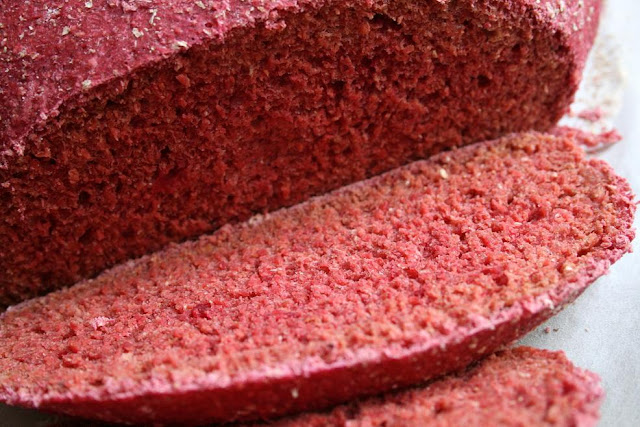 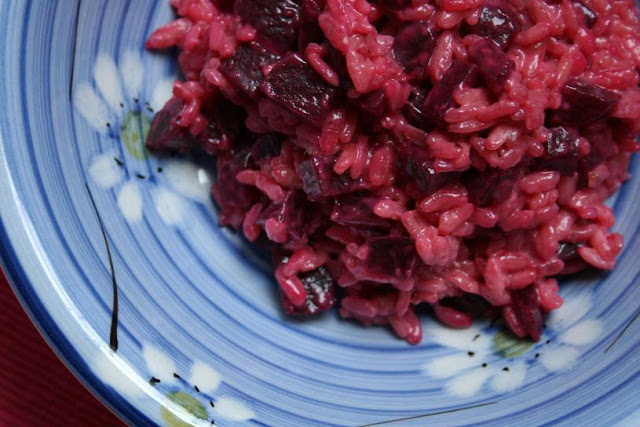 Recipe number three for beet week is creamy beet risotto! There were several recipes out there that had what seemed a lot of different ingredients. This one seemed simple and i thought might highlight the natural beet flavour the best! I found the recipe at Domestic Goddess in Training Go check it out!

Creamy Beetroot Risotto
Original recipe here! The recipe below is as i made it.....
Serves 2-4

1)Boil beets whole (leave ends on or the colour/flavour will leak) for an hour, completely covered in water at all times. Allow to cool, peel off the skin and dice into small cubes, mine are about 1cm.
2) Gently fry onion and garlic in the olive oil in a deep saucepan for 3 min. Add rice and stir for a further 2-3 until the rice is translucent.
3) Gradually add stock 1 ladle at a time, each time waiting for the stock to be absorbed before adding more.
4) Stir in beetroot and leave for 4 min. Take off the heat then add creme fraiche, butter and season to taste. Leave for 2-3 min before serving.

My favourite part is when the beetroot is added and the whole dish turns that deep pink colour...Awesome! It tastes great, natural, no strong flavours and just the fresh, earthy taste of beet, this weeks star of the show!
Posted by Carly No comments: 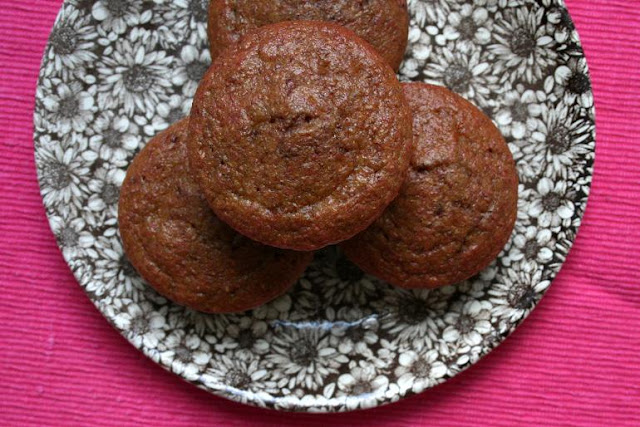 Ok, so recipe number two for beet week is this recipe for beet cupcakes from Weelicious!. I know, Weelicious again? I tell you Catherine is amazing at putting together healthy unique little recipes that ALWAYS turn out perfectly! I really like her blog because it is kid friendly, healthy and fun! You should go check it out HERE!

Red Beet Cupcakes
I made 24 mini cupcakes and 12 regular size cupcakes with this batch!

1. Preheat oven to 350°F.
2. Sift the first 4 ingredients into a bowl.
3. In a separate bowl, combine the rest of the ingredients.
4. Slowly add the dry ingredients into the wet and combine.
5. Fill lined muffin tins 2/3 full and bake for 20-25 minutes or until a tooth pick comes out clean.
6. Cool and serve.

(the mini cupcakes took about 8-10 minutes to bake through)


These little cupcakes were delicious. Light, soft, moist little bites, with a great flavour, not too much of the beet but it went very well with the honey! I would make these again for sure! I didn't try the beet icing, but might get to that! I still have 7.5lbs of beets to get through =)
Posted by Carly No comments: 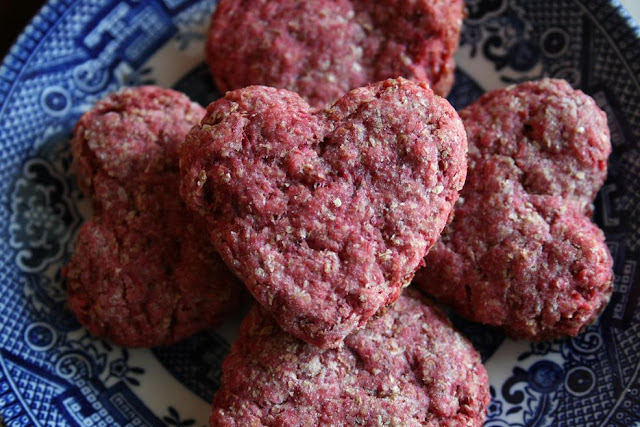 Ok, so i bought a 10lb bag of beets for $1.88 on the weekend and did some research into some interesting new ways to use them. First recipe i chose was from one of my favourite  bloggers! Weelicious!


1. Preheat oven to 400F degrees.
2. Combine the first four ingredients and stir to combine.
3. Using your hands, add the beets to the flour mixture coating the beet pieces with the flour.
4. Add the oil and work with your hands to bring the dough together (the salt and sugar will fall to the bottom of the bowl so make sure you knead the dough well to combine everything — the outcome will be a smooth dough).
5. Form the smooth, sweet beet dough into a flat rectangular disk and roll it out 1/2 inch thick on parchment paper or a dry clean surface.
6. Using a knife, cut the dough into squares or use small cookie cutters to cut out shapes.
7. Bake on a parchment-lined cookie sheet for 15-17 minutes.8. Cool and serve.

When i made these i only had wholewheat flour, it's a little more crumbly than i imagined it would be with white flour, but i cannot believe how delicious these are! I think i found myself a new treat! I used a 1 1/2 inch heart cutter and made 24 cookies this batch, and i WILL be making more!! Next time i think i will cut them into sticks, the kid suggested it and i think it might just work! Success with beet recipe #1! 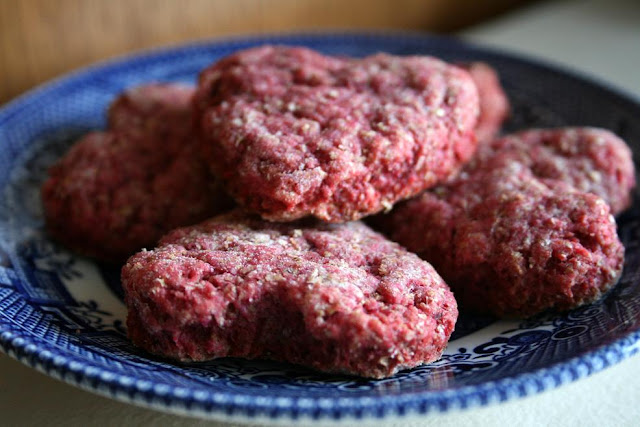 So i bought a 10lb bag of  beets on Saturday and figured i'd try a few new interesting recipes which involve beets! I made a short list of recipes i'd really like to try, today being the kid's birthday i think i'll start with the donuts! I'm really looking forward to this little challenge and new taste sensations!


Off to the kitchen i go! Wish me luck!
or find me on Pinterest!
Posted by Carly 2 comments: 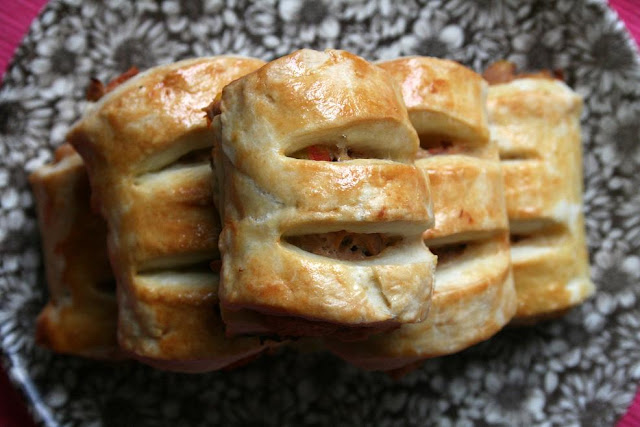 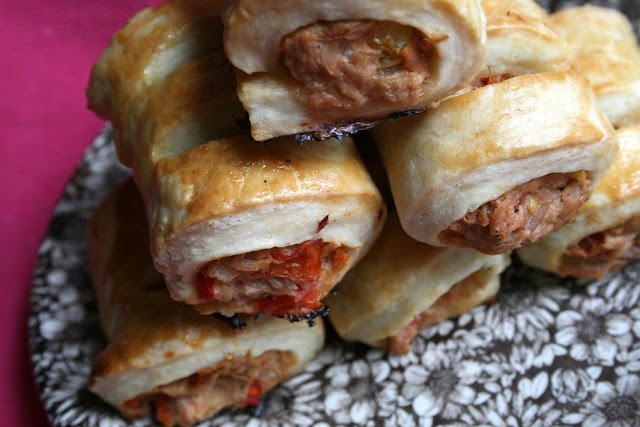 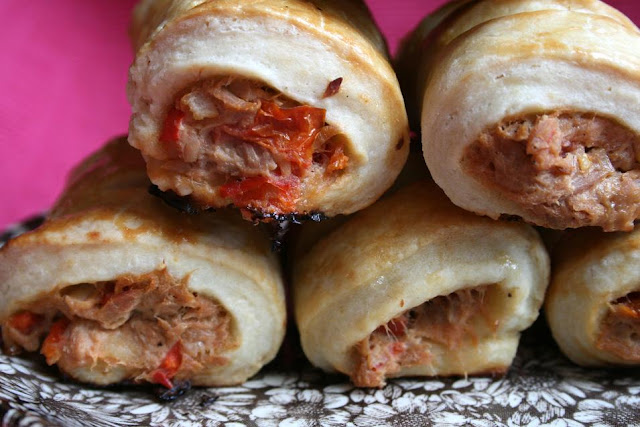